MFFL Files: A Lifelong Journey as a Mavs Fan

I am an MFFL: Mavs Fan For Life! When my family celebrated Christmas yesterday, I was proud to unwrap yet another Mavs shirt. Ah, my wife and kids know me so well. It makes me so happy to be a Mavs fan.

I fell in love with the Dallas Mavericks in the 80s. The young upstart franchise was making some noise. I know, I know…the 80s belonged to the Celtics, and the Lakers, and MJ was on the rise. But as any Mavs fan from back in the day can tell you, we had some near misses and actual hope of getting to the NBA Finals in that era.

We had scoring machine Mark Aguirre, tough-nosed Derek Harper running point, athletic sharp-shooter Sam Perkins, and the silky smooth jump shot of Rolando Blackman powering the team. I could go on (Donaldson, Detlef, Brad, etc.). But the x-factor was a now nearly forgotten player named Roy Tarpley. Someday I’ll write a post about the time I got his autograph and tried to encourage him when I was a teenager. But for now, suffice it to say this guy was beginning to rack up 20/20 games (points and rebounds) here and there, and it was ridiculously wonderful. 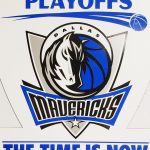 We could match up with the showtime Lakers, and pushed them to a game 7 in the Western Conference Finals of 1988. We lost, and the Lakers went on to win another title. I believed, like many other Mavs fans, that maybe next year would be the year we finally won it all. It was all out there, all still possible, and we could feel it building.

And then it all collapsed in epic fashion. The Mavs descended into the murky depths of being a perennial NBA bottom-dweller. No matter. Wherever I went I wore my Mavs caps, t-shirts, sweatshirts, etc. I had a Mavs jersey I wore when I played ball. I wore Mavs gear when traveling in about a dozen countries on six continents. I never wavered in being an MFFL. When I played pickup basketball in Tennessee, Arkansas, Montana, New Zealand, or wherever I happened to be, people would shake their heads at my strange allegiance to the Ultimate Loser of the NBA 90s.

That never bothered me. Never forsake your fandom! I kept the hope alive that someday the Mavs would get to the Finals and win it. As the 2000s started getting underway, it began to look like it could happen. Dirk and company could get us there. Year after year, we kept the song “Don’t Stop Believin'” on repeat.

They did get there in 2006 and almost won it. I could point out with a hint of snark that it is tough to win when the NBA refs are escorting Dwyane Wade to the free throw line on mystery foul calls. But the Mavs did lose. It was a tough time, made even worse as disappointment after disappointment piled up in the playoffs over the next several seasons.

Then came the magical run through the 2011 playoffs. The Mavs destroyed all comers en route to hoisting the Larry O’Brien NBA Championship Trophy. I will definitely write about it one of these days in more detail. For now, I will just say that the Dirk Nowitzki days were finally crowned with glory, and I will savor that lone championship for a lifetime. I keep reminders of it up in my office so I can see them every day.

Now, if Luka, Carlisle, and Cuban want to deliver another championship in the next few years, I stand ready to celebrate it—loudly. But the achievement of 2011 by Dirk, The Jet, J-Kidd, Chandler, Marion, and the rest of the team was a long time coming, and it will be long remembered by every MFFL.

I don’t say you have to be an MFFL. I will respect your loyalty to whichever team you choose to root for and we will agree to disagree about who should win it all. But as for me, being a long-suffering turned championship-savoring MFFL is what I will always be. 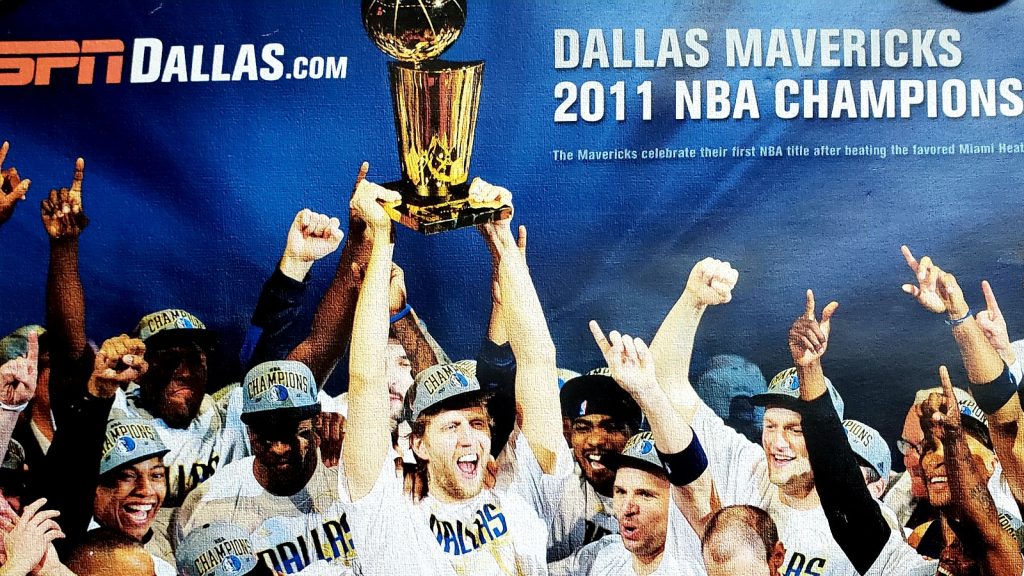 We Are the Champions! Sing it, Dirk!